Tanzania’s maritime port and transport sector is most vital for the development of logistics services and hence plays a key role for the overall economic development of the country.

Also, Tanzania serves as trade gateway and transport corridor to its neighbouring landlocked countries. To improve the efficiency of key corridor infrastructure at all levels, the World Bank has initiated the Tanzania Transport Corridor for Growth Multi-Donor Trust Fund.

With the envisaged improvements, the project will directly contribute to stabilizing the economic conditions in the whole region and thus promote a better overall employment situation.

As properly qualified manpower plays a significant role to bring Tanzania’s services in this industry up to international standard, our current assignment will contribute to strengthen the manpower basis in Tanzania's maritime transport sector. We will support this objective by carefully evaluating the current human resources’ qualifications in the industry and derive future needs.

Tanzania has some well-established training institutes serving their maritime sector. The World Bank now supports an evaluation of the training needs as well as of the capacity, ressources and curriculum of those education facilities. While assessing the country’s labour market, HPC will especially check on those training institutes’ capabilities to cater for the demand of the maritime port and transport industry. Based on this evaluation, we will elaborate business plans for the four major training providers, tailor-made to the industry’s requirements and market demands. 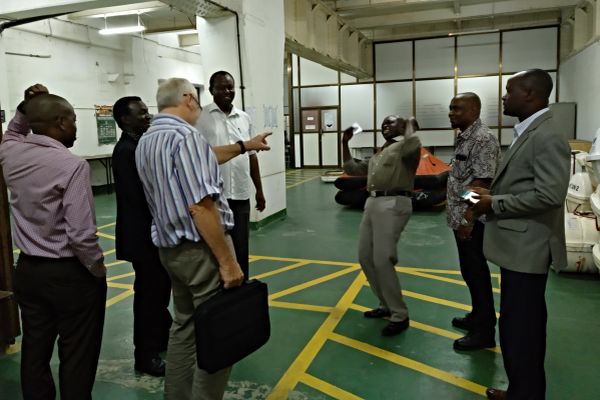 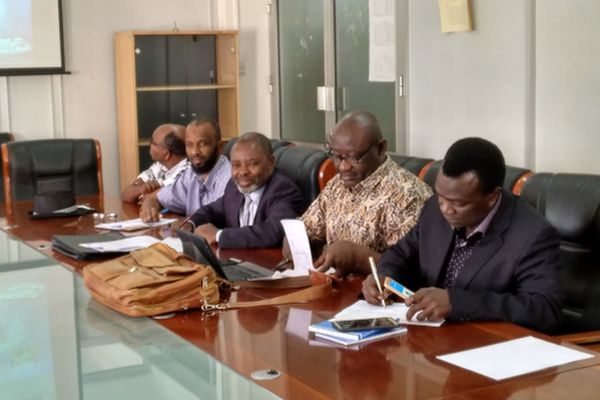 HPC and Sellhorn support the Government of St. Lucia to develop an effective organizational structure for its infrastructure ministry

HPC and Sellhorn support the Government of St. Lucia to develop an effective organizational structure for its infrastructure ministry

St. Lucia is located in the Caribbean hurricane belt. Over the past decades, natural hazards have repeatedly caused significant damage to the country’s infrastructure, thereby also disrupting essential services and presenting setbacks for major sectors of the economy. In order to reduce St. Lucia’s vulnerability to weather-induced disasters, the government aims to implement an organizational structure in its Department of Infrastructure, Ports and Energy (DIPE), which enables efficient disaster prevention measures and allows fast and flexible reactions in case of emergency.

Endeavouring to strengthen the country’s resilience to nature hazards, the Government of Saint Lucia is currently in the process of implementing the World Bank-funded Disaster Vulnerability Reduction Project/Pilot Program for Climate Resilience (DVRP/PPCR). DIPE plays a focal role in this context, being the responsible agency to mitigate natural disaster impacts and to take care that damage is limited and if occurring, remedied as fast as possible. HPC together with our partner, Sellhorn Ingenieurgesellschaft, was requested to develop a comprehensive strategy for the successful implementation and management of the DVRP/PPCR-related tasks within the ministry.

In a first step, the consortium will assess the current organizational structure and the existing staff, equipment and facilities of the department. Based on this assessment, recommendations for institutional, management and operations development will be elaborated. Aspects related to manpower requirements and development, recommendations on the utilization of existing technical resources and annual planning will be considered as well. The outcome will be a comprehensive development and training plan with special focus on the implementation of the Disaster Vulnerability Reduction Plan improving the Government’s ability to respond to natural disasters. 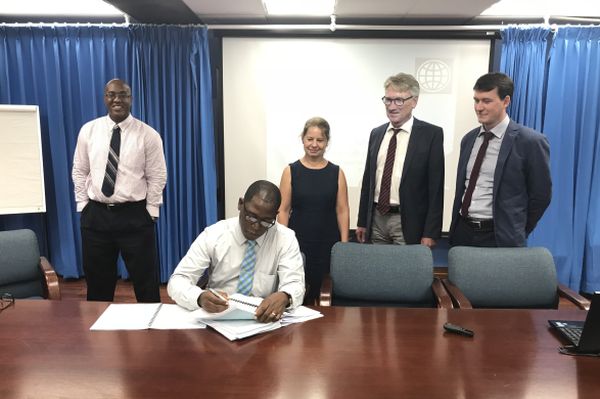 Since the beginning of 2017, HPC advises the National Inland Waterway Authority of India (IWAI) on the implementation of inland waterway transport on the National Waterway-1, which includes large parts of the river Ganges. India has a millennia-long culture of using their holy river Ganges for cultural, social and economic purposes.

Given the congestion of road and rail infrastructure, the transport of goods on large inland waterway vessels will now be intensified according to the European model with support from the World Bank. The transport of containers represents a significant new step in the development of inland waterway transport on India's National Waterway-1.

Together with a local partner, HPC brings together shippers and inland waterway operators in this still young market and organizes the loading, as well as the pre- and post-carriage to the loading points. Following the transport of mainly bulk goods such as building materials, animal feed and timber over the last one and a half years, the shipment of a total of sixteen 20' containers for a large beverage producer from Kolkata in eastern India to Varanasi (about 1,400 km away) was organized for the first time. HPC had already been involved in the feasibility study for this terminal in 2015. Prime Minister Modi and the Minister of Transport, Gadgarin, will receive the transport as part of the opening of India’s first inland container terminal on November 11 in Varanasi. 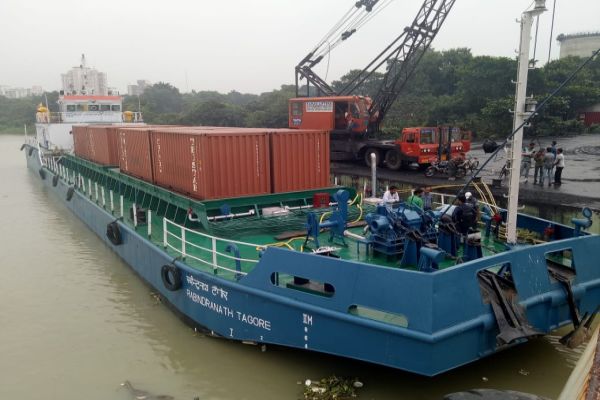 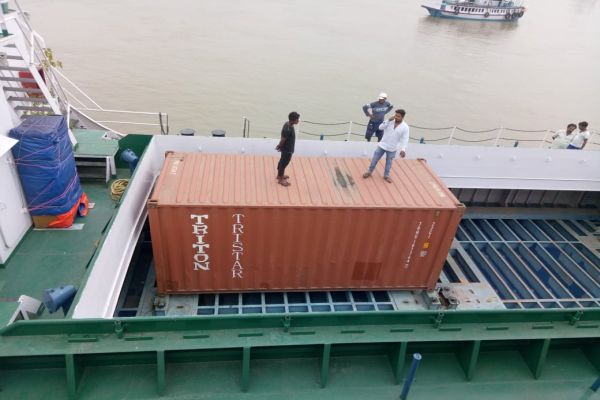 Among the invited guests were operations and IT managers as well as CEOs of international ports and terminals. Some 30 representatives followed the invitation, i.a. from the Middle East, Africa, different European countries and from German ports.

HPC as one of the leading consultants in global port, transport and logistics industry and SAP as internationally renowned industry software supplier provided the participants of the conference with valuable information on digitalisation and integration along the supply chain as the two decisive trends driving innovation in logistics. Together, we offered our guests insights on best practice projects and state-of-the-art software solutions for port and terminal management. In various conference sessions, we focussed on current trends in port and terminal operations, optimization potential, process simulations, operating systems or asset management. The program also included a tour around CTA as one of the world’s most automated terminals.

The participants’ feedback after both days was completely positive. Intensive discussions took place and many questions were asked during the various sessions and one-to-one meetings with HPC and SAP experts. "This strong exchange of experience is exactly what we wanted to achieve. It is inimitably valuable for everyone involved”, says Dr. Alexis Pangalos of HPC, in charge of organizing the conference. "We definitely consider a follow-up event, whether in Hamburg or at a different location." 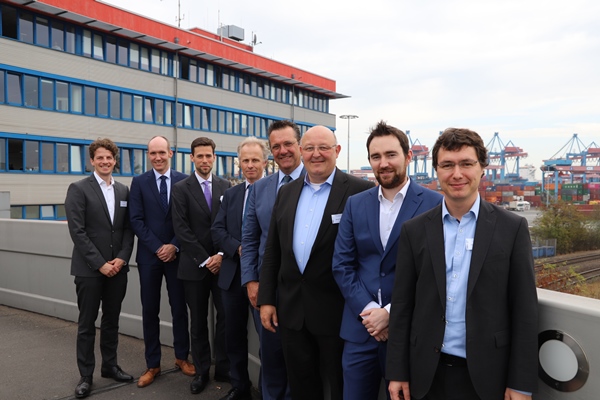 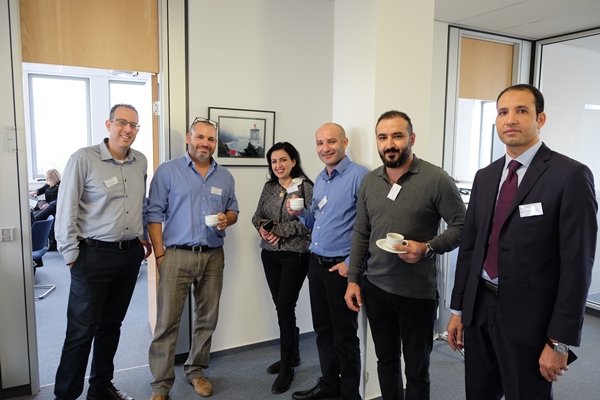 The development of autonomous trucks having recently progressed at a high pace, it is most likely that such vehicles will be brought to series production in the coming years. To tap the benefits of autonomous driving along the entire transport chain, it is indispensable to use those vehicles, which are primarily developed for autonomous driving on public roads, also on terminal areas and to integrate them into local terminal operations. In pursue of this motivation, Germany’s Federal Ministry of Transport and Digital Infrastructure (BMVI) is co-funding the current project as part of their IHATEC program. Apart from HPC, consortium partners are CTD Container Transport Dienst and Institute for Information Processing Technology (ITIV) at Karlsruhe Institute of Technology (KIT).

The project team of HPC, CTD and ITIV will assess the feasibility of using autonomous trucks on public roads and on closed terminal areas in the context of a study and subsequent gap analysis. Additionally, technical, operational and legal requirements for both, vehicles and involved transport service providers and terminals will be identified. As a result of the feasibility study, the project partners will set up a roadmap outlining the necessary future development steps.

In a first step, the team will analyse the requirements for a truck traveling autonomously on a terminal and then research the current state of the art of autonomous truck driving as well as already foreseeable developments in detail.

Subsequently, a feasibility study will examine the extent to which it is already possible and sensible to use autonomous trucks along the entire transport chain. Various realistic scenarios are looked at - not only on container terminals but also in other logistics areas.

As part of a gap analysis, it is outlined, which technical and legal reasons do currently speak against the use of autonomous trucks. Necessary developments are systematically summarized in a roadmap. 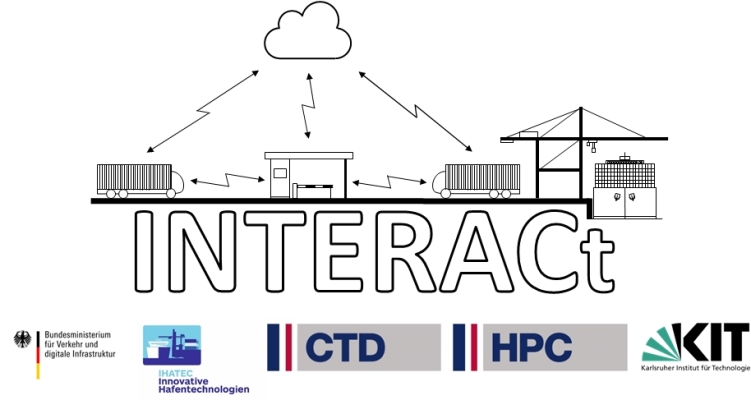