Virtual Chat for Terminal Operators on the Impact of Covid-19

When face-to-face meetings e.g. during conferences are impossible, creating alternatives for offline networking is vital. Especially, when it comes to a matter of significance as the impact of the corona virus on terminal operations. At least from our perspective. As a partner to the terminal and port sector, we at HPC Hamburg Port Consulting have been looking for an opportunity to provide an intimate environment that allows the open exchange of experiences for terminal operators; and found it in the form of a virtual chat.

About 50 select representatives of terminal operators from 18 countries spanning five continents have attended the HPC Online Exchange Forums, conducted during the past month, actively discussing the measures taken in response to Covid-19. The main focus was on safety, how to protect the workforce and how to organise terminal operation processes and vessel visits to ensure business continuity, as well as how this could affect market developments and growth moving forward.

It soon became clear that even though the pandemic impacts may have been felt at different times by the terminals in the different regions, the established measures to ensure employees’ safety and business continuity have been quite similar. One attendee summarised what was valid to all: “The pandemic was a surprise to all of us, we were not prepared for something like this. But after confusion at the beginning with partly divergent instructions by governments and companies, the terminal management have taken decision with a sense of proportion to safeguard both – health of the workforce and operations.”

To give a few examples of activities that have proven advantageous:

Social distancing - To comply with local law and with the recommended social distancing regulations by leading scientists, all operations that can be done remotely have been delegated to working from home. Tasks, where no distance is possible e.g. some maintenance, have been postponed so far as possible. Teams have been separated into shifts that have no contact to one another, avoiding overlapping shifts. Reorganizing the office layout including physical separations allowing to conduct meetings with maximum 5 people.

More cleaning – More cleaning cycles have been conducted, handwashing stations at the quay have been set up. Some of the operators have created sanitary tunnels, some reported the use of ultraviolet light to detect the level of cleanliness.

Stay home if you have symptoms – People with symptoms and relatives of risk groups have been sent home. One operator has even developed an own app to survey for symptoms before going to work as being mandatory for workers and contractors. Some of the terminal reps have reported about the use of thermal cameras to control people’s temperature. Others using quick tests and sent those testing positive to hospital. Overall, the number of people affected has been relatively small with among attendees.

No physical vessel visits – In order to avoid direct contact, the physical vessel visits of the terminal crew have been stopped as the majority reported. Vessel captains have the obligation to inform any suspected cases prior to and/or upon arrival. Where physical visits to the vessel are required, direct contact, let alone interaction with the ship’s crew is avoided. Managing the continued need for coordination between terminal and vessel the attendees reported an increased use of EDI technology. Thinking ahead, some called for a collaborative stowage tool that eases the exchange of cargo-related information fortifying the digitalisation boost that the situation has brought about.

Change in culture - Many operators but not all have obliged their workforce to wear face masks and rubber gloves. Meanwhile, beloved greeting rituals with physical contact are now not acceptable. Attendees agreed on the importance of creating awareness in the port community, their families, and neighbours; yet in some regions people tend to be less disciplined than the situation requires. Unions have been greatly supportive to measures, and joint coordination with the local authorities helped to implement suitable health protection measures.

Performance impact – All safety measures have a tangible impact on the operational performance, so the unanimous feedback. Attendees reported on loss of time per shift for additional cleaning equipment and e.g. manning the site bus with reduced numbers of people that slowed the operations too.

Increased unit cost – Process changes and ordering more people for standby increased the efforts to cope with the crisis. Also, higher cost for safety measures add to an experienced unit cost increase. Some of the terminals highlighted increased efforts for strengthening security measurements.

Spare parts supply disruptions – Some terminals reported limited equipment spare parts availability as a result from border closures impacting the ability to deliver productivity to clients. This inevitably results in a reassessment of the spare parts strategy.

Centralise activities across terminals – Especially larger organisations with various dispersed terminal locations recognise that e.g. centralised vessel planning mitigates risk by taking functions off the terminal whilst also leveraging economies of scale. Extending the benefits, the use of platforms enabling visibility of vessel stow information for on-terminal planning was highlighted.

Integrated information sharing as an advantage – Significant steps are underway to enable data visibility in the supply chain to further improve process flow and cost. Such port community systems experience an increasing relevance for the operators.

Automation continued – Additionally, automation seems to become the next hot spot. Some of the terminal operators are working on cost-cutting programs and their implementation during the upcoming weeks. At least CAPEX investment does not enjoy top priority these days.

One of the greatest learnings was the insight into the necessity of a flexible organisation structure that allows to respond to market changes in a timely manner. Flexibility has even become a new mandatory. It might be one of the typical marks of the so-called “New Normal” in a post-corona age.

In a way, corona crisis was disruptive to habits that the discussion in previous years about digitalization could not achieve: People are more open to use mobile devices to do their job and replace face-to-face by remote interactions.

Outlook to the markets

The attendees shared a common view on the outlook on the markets. Volumes are assessed as mostly lower. While blank sailings help to cope with reduced efficiency from safety for some terminals in Europe, others from South America report only few blank sailings.

Uncertainties are fed by the tensions between China and the US. Additionally, a fear of bankruptcy of importers and exporters have been expressed. An increase of importer dwell time was confirmed by the majority. Export volumes down by 20% for some terminals, the impact on Europe’s shutdown could not yet be foreseen. The majority expressed their pessimism about the second half of the running year in terms of volume development.

This crisis is recognised as a big one, but also as a chance to create more flexibility for the organisation. Continuous investments in infrastructure and digitalization are common strategies shaping the future of smart ports and creating resilience in port logistics.

A remark by one of the attendees was definitely worth to share: “This is not the first crisis the terminal industry has to tackle. And it will not be the last one. Knowing this, it also gives the confidence in the own strength and capacity to manage it.” 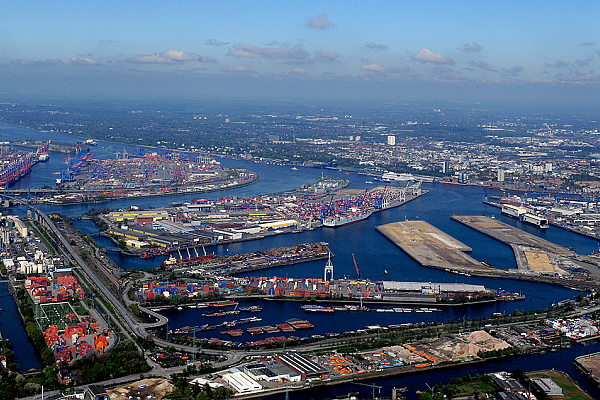